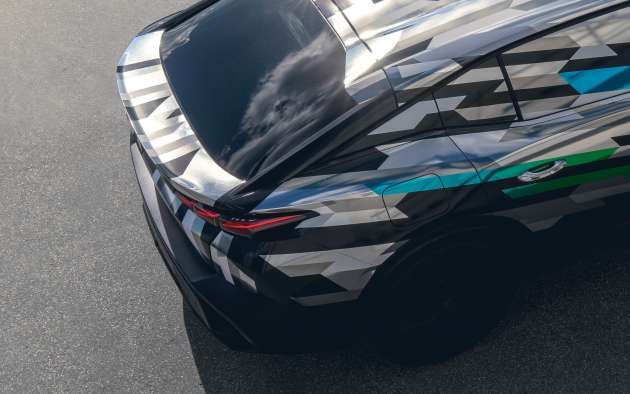 Peugeot is back with new teasers of the third-generation 408, which we

Peugeot is back with new teasers of the third-generation 408, which we already know will take the form of a fastback crossover instead of a sedan, as with past iterations. The French carmaker also mentioned an official debut date: June 22, 2022.

Described as a “dynamic fastback saloon with an elevated body and large wheels, and a feline stance typical of the brand’s models,” the all-new 408 we are shown in these images is a prototype that is still wrapped with distinctive camouflage to hide the final design.

However, we are still able to spot some notable cues, including Peugeot’s signature LED “fangs” at the front, which is something also seen on the latest 308 and 508. There’s also a shot of the car from a higher angle, giving us a good look at the fastback shape, horizontal two-piece taillights and a slightly protruding rear bumper with what appears to be a diffuser-like element. Sculpted rear shoulders and a prominent window line that extends to the tailgate are also visible. Peugeot is still withholding technical details but the 408 will most likely ride on the EMP2 platform that is also by several other models within the Stellantis portfolio. The filenames also confirm the availability of plug-in hybrid power, and we should expect petrol and even all-electric powertrains to be offered.

While it may be known as the 408 in almost all markets, the upcoming fastback crossover will be called the 408X in China. This is because China has its own 408, which was revealed on June 8 and is essentially a heavily revised version of the second-generation model with updated styling clearly inspired by the current 308.

Share
Previous 首相下周先见祖莱达，已知会慕尤丁
Next Cricket: Cricket-England skipper Morgan will know when time is right to step aside: Mott