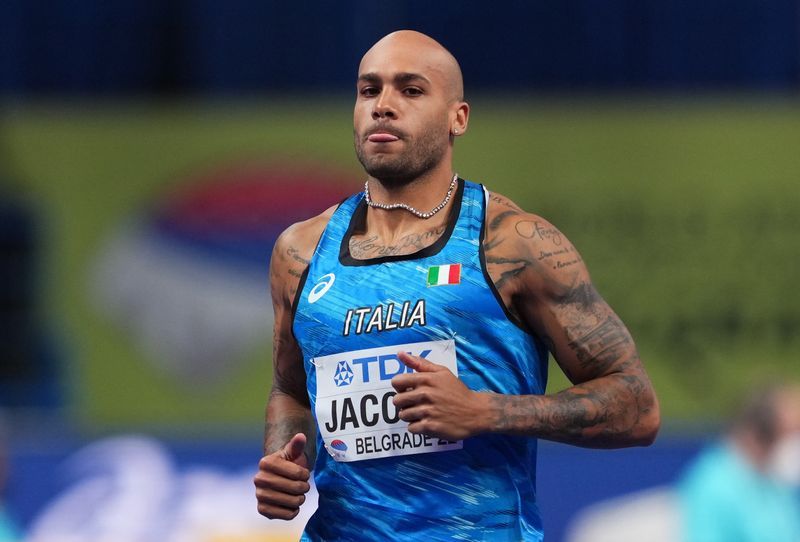 (Reuters) – Olympic sprint champion Lamont Marcell Jacobs ramped up his preparations for next month’s world championships in Eugene, Oregon, by winning his fifth Italian national men’s 100 metres title on his comeback from a muscle injury.

Jacobs picked up the injury in his 100 metres win at a meet in Savona last month and was forced to withdraw from Diamond League meetings in Eugene, Rome and Oslo.

“The goal of this day was to run twice, in the heats and final, just as we did, to regain the rhythm after (a) small injury,” Jacobs, who claimed victory in 10.12 seconds, said after his win on Saturday.

“In the final part of the race I could not (use) the strength that I have, because of some fear and worries about pushing too hard.

“Eugene is a great track with lots of wind in (your) favour all the time. I’m looking forward to competing at the worlds and testing it out.”

Jacobs became the first Italian to win Olympic 100 metres gold in Tokyo last August, clocking a European record 9.80 seconds in the final, before adding a second gold in the 4×100 metres relay.

He is set to compete at the Diamond League meeting in Stockholm next week before the world championships, which begin on July 15.

(Reporting by Aadi Nair in Bengaluru; Editing by Edmund Klamann)