A small computer developed by Chinese students outperformed Japan’s most powerful machine in solving a major complex data problem related to artificial intelligence, according to the latest global ranking.

DepGraph Supernode, which was started as a “training project” by graduate students at Huazhong University of Science and Technology in Wuhan, has 128 cores.

But the DepGraph was nearly twice as fast as Fugaku in solving a single source shortest path (SSSP) problem, a difficult graph problem affecting the performance of artificial intelligence in a wide range of sectors, according to the annual Graph500 ranking released by the International Supercomputing Conference early this month.

“It felt like a dream,” first-year graduate student Shen Qiange said, according to a report by China Science Daily on Monday.

The average age of Shen and her teammates was 24.

Mathematicians often used graphs to describe relations. The simplest graph can contain just two dots with a line between them.

More complex graphs have been applied in many areas, such as financial markets with a large number of listed companies, global social media platforms or war games.

AI can detect hidden relations or discover a pattern of evolution in a sophisticated, constantly changing graph.

But the training and learning process usually involves a large number of calculations. Even some seemingly easy tasks, such as finding the shortest path between two dots, poses a huge challenge to computers.

The Wuhan team said they discovered a bottleneck issue that could severely affect computers on this type of job.

A supercomputer uses many CPU – central processing unit – cores to execute many calculation tasks simultaneously, according to a paper the team submitted to the IEEE Symposium on High-Performance Computer Architecture last year.

But when handling a graph-related problem, the calculation process in a core often depends on the outcome of another. 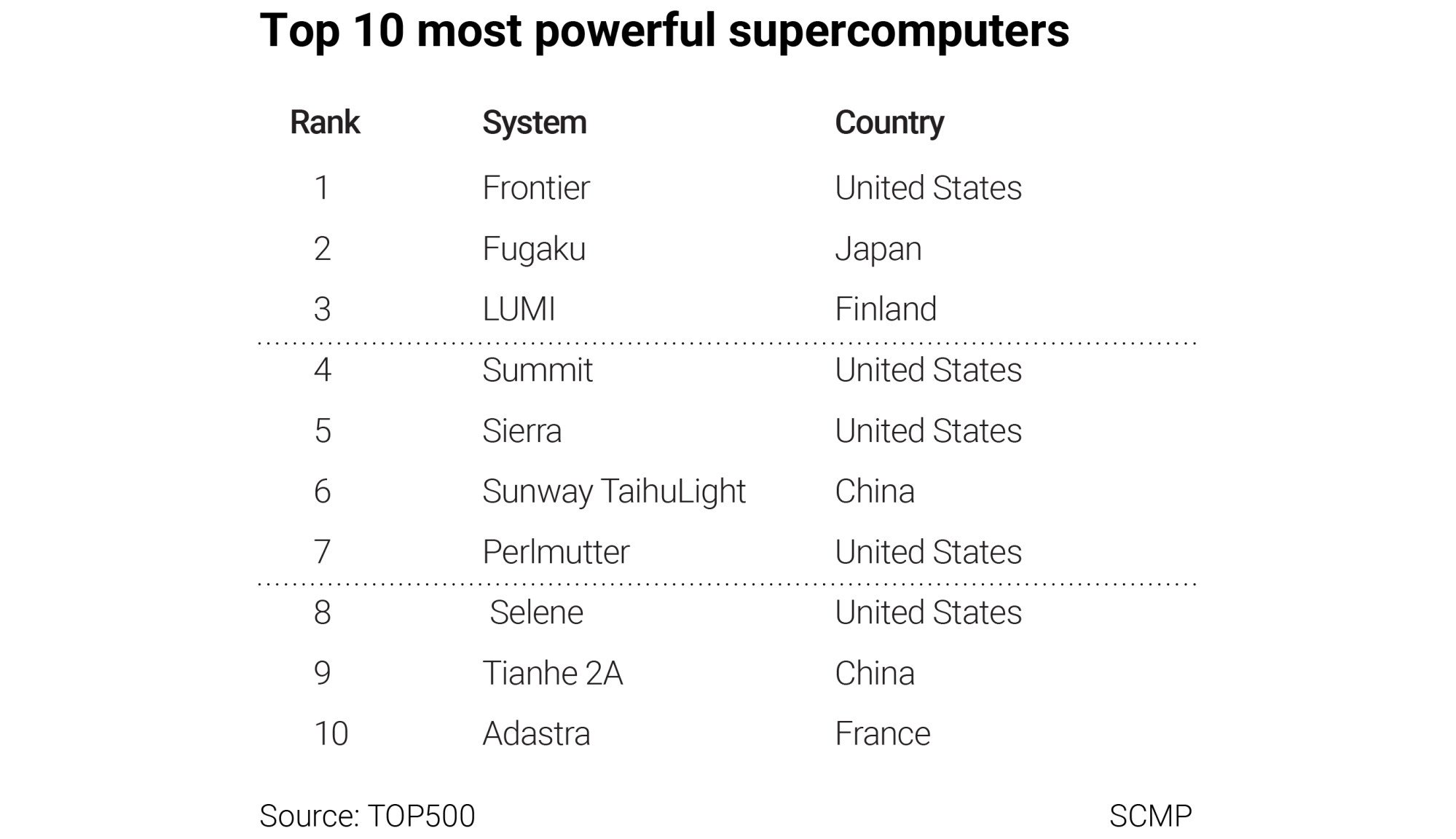 This dependency disrupted the calculation process, the paper said. Most of the time the cores had to either wait or re-do calculations with new results from another core.

The DepGraph machine solved the problem with a new structure and software that could take the performance of each core to the limit by reducing the chaos caused by dependency, the team said.

“Don’t underestimate the ability of students,” said Zhang Yu, associate professor of computer science and adviser to the project team.

“This is the first time a single computer defeated a cluster of computers in graph calculation,” he added.

Professor Jin Hai, a mentor to the students, said the young researchers had worked closely with China’s hi-tech companies. Their biggest inspirations came from the industry.

“The problem definitely originated from the industry. The research meets the most urgent needs of our country,” he was quoted by the China Science Daily as saying.

Zhao Jin, a PhD candidate and team leader, said they had to report their progress to Chinese tech giant Huawei Technologies every two weeks.

“Master’s and doctoral students can get access to the topics of the national key research and development plan. This opens our eyes instantly and integrates us more closely with the industry,” he said.

But Zhao said they also enjoyed a high degree of freedom.

“We find our research topic by ourselves. The supervisors do not tell the students what to do, but support us in the direction we are interested in. This is very stimulating,” he added.

Fugaku recorded top performance in breadth-first search (BFS), another major graph problem with an algorithm that was simpler but required more raw calculation resources to solve, according to the Graph500.

Sunway TaihuLight, a Chinese supercomputer built in 2015, ranked second in that category, with the DepGraph ranking ninth among the giant machines.

China has built some of the world’s largest computers, including some exascale machines that could rival the US Department of Energy’s Frontier, currently the fastest machine in open record.

Chinese researchers have conducted unprecedented experiments such as the world’s largest training for AI on these new machines, according to openly available information.

But the Chinese authorities have kept their performance secret.

The reliability of international ranking on supercomputers has been affected by China’s absence, according to industrial experts. – South China Morning Post