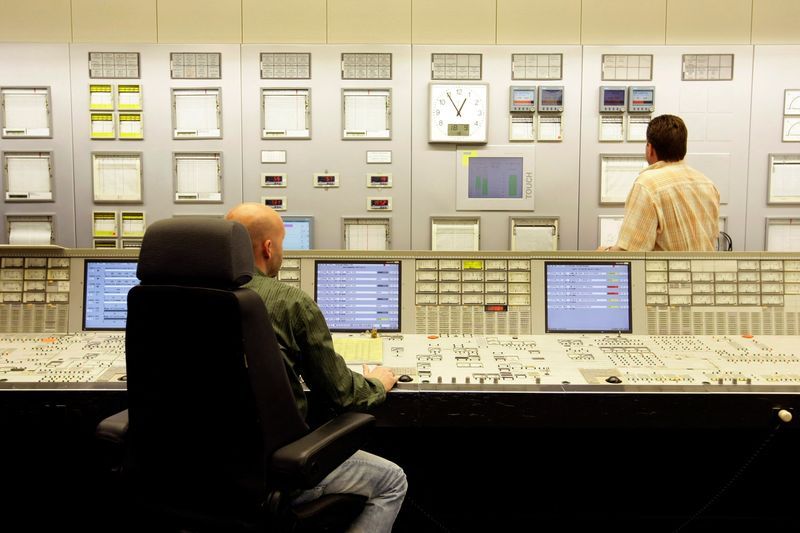 FRANKFURT (Reuters) - Every domestic energy source, including nuclear power, is under consideration as Germany seeks to fuel its economy and ward off a recession considered likely if faltering Russian gas supplies stop completely.

Former Chancellor Angela Merkel pledged to halt the use of nuclear power after the Fukushima nuclear disaster of 2011 and utility leaders have prepared for the closure of three remaining reactors by the end of 2022.

FRANKFURT (Reuters) – Every domestic energy source, including nuclear power, is under consideration as Germany seeks to fuel its economy and ward off a recession considered likely if faltering Russian gas supplies stop completely.

Former Chancellor Angela Merkel pledged to halt the use of nuclear power after the Fukushima nuclear disaster of 2011 and utility leaders have prepared for the closure of three remaining reactors by the end of 2022.

Some of the Liberals within the Social Democrat-led government and the opposition Conservatives say, however, that given coal, which Germany has been phasing out for environmental reasons, is being reassessed, nuclear should also be reconsidered.

Following Moscow’s invasion of Ukraine, which began on Feb. 24, Germany’s has reduced the share of Russia in its gas imports to an estimated 35% from 55%, but is still dependent on it.

While the European Union has sought to reduce its use of Russian energy, Russia has also cut flows through the Nord Stream 1 pipeline to Germany to 40% of capacity. Moscow says Western sanctions are hindering repairs; Europe says this is a pretext to reduce flows.

Whatever the explanation, the energy regulator, the Bundesnetzagentur, has said there will be problems keeping consumers warm and industry functioning. At the same time, surging prices as the markets brace for shortage add to the risk of recession.

Alongside increased use of imported and domestic coal, nuclear power could help to help relieve the power generation sector, of which 15% is generated by gas-fired plants.

Using less gas for power to heat Germany’s 41 million households would also free up more for industry, which in many cases needs it as a feedstock.

Three other remaining reactors closed at the end of last year when six reactors provided 12% of Germany’s electricity.

Other energy alternatives for Germany are solar and wind, which rely on the weather and imported liquefied natural gas https://www.reuters.com/business/energy/germanys-lng-import-project-plans-2022-05-05 (LNG) terminals.

The difficulty with LNG is a lack of import capacity and competition on the international market, especially as Freeport LNG https://www.reuters.com/markets/commodities/freeport-lng-extends-outage-after-fire-targets-year-end-full-operations-2022-06-14, operator of one of the largest U.S. export plants is offline following an explosion earlier this month.

WHAT IS THE SYMBOLISM BEHIND GERMAN NUCLEAR?

Nuclear-fired power plants remain unacceptable to the Green Party. It traces its origins to the environmentalist movement of the 1970s, which cited security risks and the unresolved question of nuclear waste.

Restating the usefulness of nuclear power would be a vindication for Merkel critics and populist voices.

WOULD IT BE LEGALLY POSSIBLE TO KEEP THE PLANTS RUNNING?

“An extension by a few years would be legally admissible,” Leipzig-based lawyer Christian Raetzke wrote in an article published by nuclear technology association KernD, also citing the climate benefit from near zero-emissions.

A relevant law “is possible and could be quickly passed,” he said.

Achieving this would still be complex and require parliament to change existing laws, most notably a 2017 deal under which the utilities transferred their decommissioning funds to a public trust.

WHAT DO THE OPERATORS SAY?

They’re against an extension for operational and economic reasons, but defer to the government’s lead in the matter.

E.ON Chief Executive Leonhard Birnbaum wrote to staff saying the government had looked into nuclear and found it was not part of the solution. “We must respect this decision,” he said in the letter, which was picked up by the Rheinische Post newspaper on Wednesday.

“It is the right question but unfortunately, it is too late (for German nuclear),” said CEO Markus Krebber at a German industry federation panel on Tuesday.