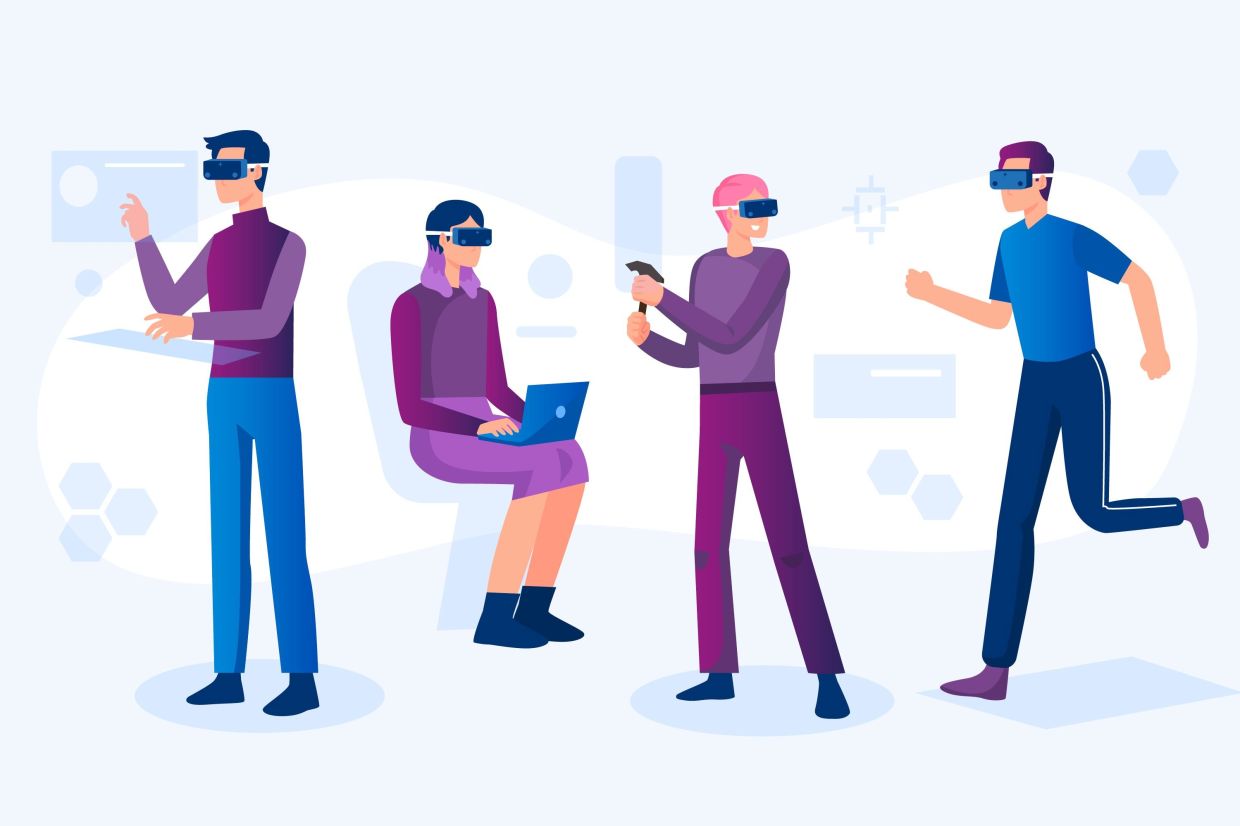 Some of the world's biggest companies are starting to set up shop in the so-called metaverse, sketching out an early blueprint for how people might eventually make real money in the much-hyped digital realm.

For fashion brands, toy makers and others, this online world where users interact in their digital guise of avatars, not unlike in the movie Ready Player One or the online game Second Life, is emerging as a new frontier for commerce.

Companies are creating versions of their products that exist only on screens, with ownership backed by digital deeds known as non-fungible tokens, or NFTs.

They're also snapping up virtual real estate. More than 70% of the "land" in one online world called "The Sandbox" has already been bought —

Some of the world’s biggest companies are starting to set up shop in the so-called metaverse, sketching out an early blueprint for how people might eventually make real money in the much-hyped digital realm.

For fashion brands, toy makers and others, this online world where users interact in their digital guise of avatars, not unlike in the movie Ready Player One or the online game Second Life, is emerging as a new frontier for commerce.

Companies are creating versions of their products that exist only on screens, with ownership backed by digital deeds known as non-fungible tokens, or NFTs.

They’re also snapping up virtual real estate. More than 70% of the “land” in one online world called “The Sandbox” has already been bought — largely by businesses such as Binance, the world’s largest cryptocurrency exchange, and Atari, a longtime videogame maker.

Though companies are making forays into transacting business in the metaverse, for now much of the activity there is focused on marketing to generate sales in the real world. For example, musicians are performing concerts on virtual stages to promote their albums, much like clothing brands are participating in virtual fashion shows to drive interest in their latest duds.

Some of those marketing efforts come with moneymaking opportunities for the companies as well. American clothing retailer Gap Inc in January started selling digital hoodies, in the form of NFTs — an early test of what doing business in the metaverse could look like for the company.

An NFT hoodie is something the purchaser’s avatar could wear some day as he or she explores the different corners of the metaverse.

For the moment, however, Gap NFTs don’t offer such an option, which would require the company either to develop its own virtual realm or find a way to make its NFTs compatible with existing realms.

In the meantime, customers can collect six of these NFTs, which currently cost about US$2 (RM8.81) to US$11 (RM48.47) each. Buying the complete collection wins customers the chance to buy more expensive special NFTs.

The first batch of NFT hoodies quickly sold out when they were released, the company says.

Gap released more in April and a set of other NFTs in June. Some of them are available for resale on secondary online marketplaces for those who still want to complete their collection.

Gap and the artist who helped create the NFT pocket 10% of the selling price every time one is resold.

The company says it plans to continue releasing virtual-clothing NFTs in the near future and potentially work with more digital platforms.

“As more people spend time in virtual spaces, we believe it’s important for us to go along this journey with our customers,” says Avery Worthing-Jones, Gap’s head of product management.

“We are going through the discovery process of understanding what is meaningful to our customers and what experiences we can drive through the metaverse that will enhance and augment these experiences.”

It is still early in what some metaverse enthusiasts bill as the next evolution of the Internet, but proponents describe it as far more immersive than existing online offerings, with higher-quality, three-dimensional imagery.

Users in many cases are expected to feel as if they’re interacting with digital content and with each other, enabling them to have experiences that might otherwise be too costly or challenging, or impossible in the real world. And companies can benefit by selling virtual goods or promoting their brands to those users.

Companies like Nascar, the fast-food chain Wendy’s and centuries-old financial institutions like JPMorgan Chase & Co are jumping into the metaverse.

JPMorgan, America’s biggest bank, signed a yearlong lease within a virtual shopping mall from a startup called Everyrealm Inc. The property is located in Decentraland, one of a growing number of 3D online worlds that have sprung up.

The location offers no actual or virtual banking services, but instead currently features a virtual lounge with a teleport to the second floor, screens with videos on topics such as cryptocurrency, a white paper about the metaverse, a library full of books and a scholarly owl.

Feedback from corporate clients so far shows it’s “a great way for us to use our marketing resources,” says Umar Farooq, chief executive of the bank’s Onyx unit, which was founded in 2020 and operates a blockchain-based platform for payments transactions.

While JPMorgan says that for now it has no plans to make money itself in the metaverse, and intends to remain present only as a marketing tool, it projects that metaverse-platform providers and businesses present in the metaverse will grow to eventually generate US$1 trillion (RM4.4 trillion) in total annual revenue.

Much work will need to be done for the metaverse to reach anything near that scale, and even some prominent tech-industry figures have voiced scepticism since Facebook co-founder Mark Zuckerberg renamed his company Meta Platforms Inc to reflect its pivot to the emerging technology.

The metaverse, Mr. Zuckerberg has argued, would represent a new way for people to interact, offering new opportunities for commerce, though at high upfront costs, for equipment such as headsets for more immersive experiences.

Still, early efforts offer an idea of the new types of commercial opportunities that could emerge. Some early digital realms include online games with their own micro-economies such as Eve Online.

A more popular and trendy example has been set up by Roblox Corp, where users teleport from one virtual hub to another on the platform to play games, socialise and attend concerts.

Startups such as Hololands LLC, the non-profit Decentraland Foundation and Pixowl Inc, a unit of Animoca Brands, also are trying to build out virtual cities.

Those organizations are selling virtual real estate to early adopters — companies and individuals — who don’t mind buying land in a place where more is constantly being added.

Buyers are becoming landlords, renting out their online properties to companies looking to set up stores, host special events or just put up billboards to advertise to passersby. These landlords are also offering virtual properties to consumers to build digital houses to store their NFTs and hang out with friends.

Last year Nike Inc, Mattel Inc. and other consumer-products makers created their own hubs on Roblox to promote their brands.

Gucci set up one where it sold about two dozen items to users, including virtual handbags and headbands, in most cases for between about 80 and 900 Robux (about US$1/RM4.4 to US$10/RM44), the platform’s currency.

One of the big questions that still hangs over the metaverse and its long-term profit potential is whether the online realm will be a virtual world of free trade, or a patchwork of corporate fiefs.

For some companies that already have established virtual economies with large online communities, there is not much incentive to link worlds, analysts say.

Imagine a global economy where people can pass from one country to another but can’t trade and can’t take their money in and out.

“If every metaverse platform acts like a country whose border guards won’t let visitors bring in sneakers they bought in another country, the metaverse will be a tinyverse,” says Erik Gordon, managing director of the Wolverine Venture Fund at the Ross School of Business at the University of Michigan.

To avoid that, some companies are working on connecting the elements of the future metaverse.

Startup Tilia Inc is offering a way to ship money in and out of the metaverse, and is working on ways to ship money between virtual realms. And online marketplaces are springing up to sell a range of NFTs for use across multiple realms.

OpenSea, Rarible and Objekt allow consumers to buy the tokens that function as digital currency, as well as resell or trade them to others.