PETALING JAYA: The looming recession which is knocking on the doors of the advanced economies is not expected to rear its ugly head in corporate Malaysia, although the country may see some softening effect on its economy in the second half, economists say.

On the whole, they agree that the nation’s strong economic fundamentals at this juncture would be able to withstand any recessionary risk emanating from the developed economies.

Juwai IQI global chief economist Shan Saeed told StarBiz that although two-fifths or 40% of the world economies are already in stagflation, he does not foresee Malaysia following suit and eventually falling into recess

No recession expected | The Star

PETALING JAYA: The looming recession which is knocking on the doors of the advanced economies is not expected to rear its ugly head in corporate Malaysia, although the country may see some softening effect on its economy in the second half, economists say.

On the whole, they agree that the nation’s strong economic fundamentals at this juncture would be able to withstand any recessionary risk emanating from the developed economies.

Juwai IQI global chief economist Shan Saeed told StarBiz that although two-fifths or 40% of the world economies are already in stagflation, he does not foresee Malaysia following suit and eventually falling into recession. 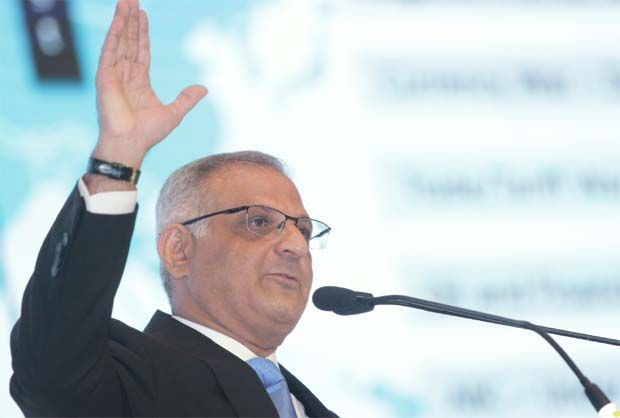 Juwai IQI global chief economist Shan Saeed told StarBiz that although two-fifths or 40% of the world economies are already in stagflation, he does not foresee Malaysia following suit and eventually falling into recession.

Stagflation is a form of recession in which inflation grows with stagnant economic growth.

Shan, who forecasts gross domestic product (GDP) growth for this year at around 4% to 5%, said the Malaysian economy remained buoyant amid financial fragilities globally.

He said corporate Malaysia is not going into recession anytime soon since consumer sentiment is positive and the economy continues to attain macroeconomic stability, which is the key to economic confidence.

Local investors have confidence in the economic outlook that sends good signals to global investors who are keen to invest where economic stability becomes the hallmark, he said.

“There are three key variables that determine the pulse and mood of consumers in the economy – the restaurant (food and beverage) business, sales of automobiles and energy consumption.

“Restaurant business provides a clear forward guidance on what is happening in the economy. More than 80% of the restaurants were occupied during Juwai IQI’s recent visit which defines that consumers have confidence about their future cash flows. “Rising income levels, among others, pushes consumers to buy cars for convenience. Car sales numbers are up 12.75% in Q122. With rising car sales comes energy consumption. Malaysia ranks 28th in the world for oil consumption, accounting for about 0.7% of the world’s total consumption which stands at 98 million barrels per day (mbpd),” Shan said.

OCBC Bank economist Wellian Wiranto said while the current headwinds may look more formidable, the domestic economy is expected to grow at a respectable speed of 5.7% y-o-y, rather than to enter into a recession.

The economic growth momentum from Q122 was strong and it looks to have carried on to Q222 so far, he said, noting that there could be some relative softness in the second half of the year.

“This is especially so in terms of exports, with the spectre of slowdown in major markets such as China, the US and Eurozone.

“To some extent, the product mix offered by Malaysia – semiconductor chips and commodities – should continue to offer support. But if the end-demand falters in these key markets, it will ultimately deal Malaysia’s export receipts a blow.

“It helps that Malaysia’s consumer demand has been recovering well post-pandemic and that should help to buffer the external impact,” Wellian said.

RAM Rating Services Bhd senior economist Woon Khai Jhek said it was too early to say for certain that a global recession is coming as there have yet to be clear indications of an economic collapse.

He said the impact of the more aggressive monetary policy tightening on the US economy is also cushioned by the fact that the US is at a more advanced stage of post-pandemic recovery and should have a relatively higher capacity for tighter monetary conditions.

“Similarly, Malaysia’s current economic recovery looks to be on a firmer path this year. Domestic demand will be the key economic driver this year, benefiting from robust vaccination and booster coverage, continued improvement in the labour market and ongoing policy support measures. “As the economy regains some resemblance of normalcy, consumption and investment appetite should improve accordingly. Higher services sector output will also be a key driver of accelerated GDP growth.

“Meanwhile, export demand will stay strong, thanks to the semiconductor supercycle,” Woon noted.

However, he said risks remain tilted to the downside as the higher inflationary pressure and potentially slower global growth limits the potential upside to Malaysia’s economic recovery.

While there are growing headwinds to the global economy, he said the country’s entering into a recession is not within expectations at the moment.

Among some of the headwinds are the Russia-Ukraine war, China’s zero-Covid-19 policy and the latest Fed’s aggressive monetary tightening policy.

While recession risk has ratcheted up in the US and European economies, Sunway University economics professor Yeah Kim Leng said the likelihood for Malaysia is lower due to the recovery in domestic demand amid the country’s transition to endemicity and sustained exports.

“The positive terms of trade due to high commodity prices have favourable income effects that will help to maintain consumption and investment activities.

“Monetary and financial conditions remain accommodative for growth as evidenced by continuing bank lending to the households and business sectors,” he said. Yeah projects GDP growth this year at 5% to 5.5%, underpinned by rising domestic consumption and strengthening public and private investment.

Meanwhile, Carmelo Ferlito, who is chief executive officer of the Centre for Market Education, said savings and investments are the key for sustainable economic development. However, he said it has to be seen if the current climate of political uncertainty would be able to revive both domestic and foreign investment initiatives.

“For example, I believe that delaying elections is the main obstacle to sound and long-term economic reforms. As long as we do not go for elections, we will have the tendency towards short-term and populistic measures, which are often not good for the economic system,” he said.

Ferlito agrees that recession would hit the advanced economies first before rearing its ugly head in the emerging markets like Malaysia. He said this is because inflation is at unprecedented levels in advanced economies as their fiscal injections were massive during the Covid-19 lockdowns.

Elaborating on recession in his views, he said: “Recession is “less worse”, if accompanied by a healthy price restructuring induced by government spending cuts.

“Recession can be the necessary adjustment process following past mistakes. But to be positive, it has to allow for deflation – which is not the case when the central bank tries to fight recession with monetary support.

“For Malaysia, I see a slowing down of the recovery path, with price tensions remaining there, as I do not see the government ready to cut its spending.”