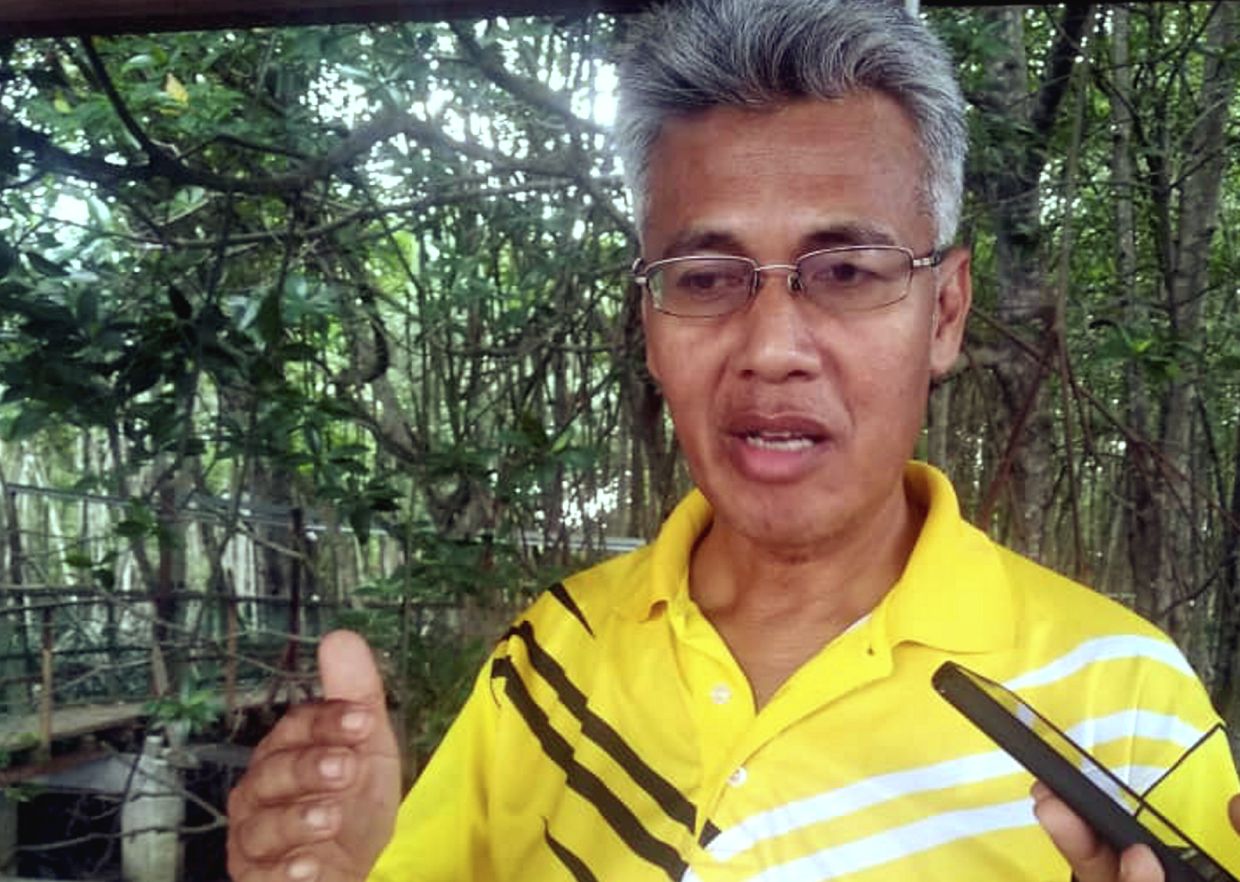 IPOH: There shouldn’t be any projects at the rare earth - lanthanide - mining site, due to its high sensitivity as part of the Central Forest Spine (CFS), says Meor Razak Meor Abdul Rahman.

The Sahabat Alam Malaysia field officer, together with other environmentalist groups said the area was currently the habitat for elephants, tigers, deers and many other fauna resources.

IPOH: There shouldn’t be any projects at the rare earth – lanthanide – mining site, due to its high sensitivity as part of the Central Forest Spine (CFS), says Meor Razak Meor Abdul Rahman.

The Sahabat Alam Malaysia field officer, together with other environmentalist groups said the area was currently the habitat for elephants, tigers, deers and many other fauna resources.

“The Mentri Besar (Datuk Seri Saarani Mohamad) said the project was approved prior to him holding office.

“We found out that the Environmental Impact Assessment (EIA) was applied and rejected last year.

“But then, he (Saarani) announced that it was approved later.

“We couldn’t help but wonder why the state Environment Department approved the project when it is located right within CFS, which is an area with the highest sensitivity,” he told a press conference held by state Opposition leader Dr Abdul Aziz Bari on Tuesday (June 14).

Meor Razak said although the project’s EIA was applied last year, clearing has been done in the area back in 2019.

“The proposed site for the project is located at CFS Primary Linkage 8.

“Based on the satellite image shown in 2019, at least 100ha, which is around 5% of the site, has been cleared and now, equipped with retention ponds and tarred roads.

“While we understand that the state government needs to find financial sources, why must the project be done at a place that is the habitat of protected mammals and diverse ecosystem,” he said, adding that there was also no mitigation plan proposed by the project.

Meor Razak said that based on earlier reports, fences would be built to avoid elephants from entering the project site.

“This is not a mitigation plan. With several areas already cleared, the state government should stop the project right away and restore the habitat as soon as possible.

“We are not against the project but rather the location as it will bring more harm than good,” he said.

On June 11, Saarani said the project located in Hulu Perak has not started as claimed by some environmentalists.

He said the satellite images of the site were of a tin mining project that was stopped last year.

Meor Razak said the only project that could be carried out in such a sensitive area is low-impact eco-tourism.

“If it was previously a tin mining project, how did it start when there is no EIA?

“We have various agencies that supposedly protect the area. Did they inform the Mentri Besar about the area? Or did he make a decision without consulting others?” he said.

Separately, Abdul Aziz questioned the main beneficiary of the project.

“Will the project benefit the nearby community?

“With four to five agencies that sit between the state and the federal government, did they conduct a check and balance?” he said.

At another event, Environment and Water Minister Datuk Seri Tuan Ibrahim Tuan Man said the EIA was under the purview of the ministry.

He said they would monitor the pilot project to ensure it followed all rules and regulations.

He said although the EIA was approved, the ministry would continue to monitor the project closely.

“Just like any other project where the EIA is granted, we take public feedback and complaints seriously,” he said.