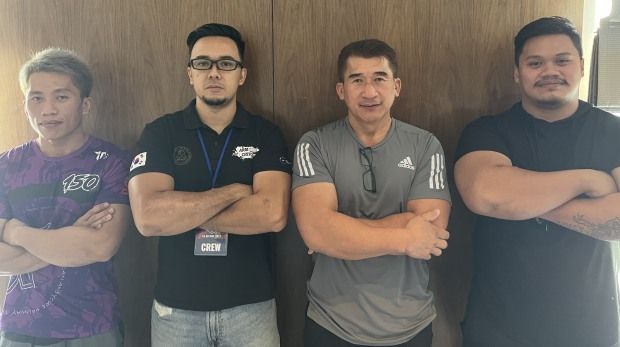 PETALING JAYA: After a two-year hiatus from international championships, the Malaysian armwrestling team is raring to fly the Jalur Gemilang high again at the Asian Armwrestling Championships this weekend.

Other Sports: Malaysian armwrestlers roaring for gold in Asian Championship

PETALING JAYA: After a two-year hiatus from international championships, the Malaysian armwrestling team is raring to fly the Jalur Gemilang high again at the Asian Armwrestling Championships this weekend.

With 85 armwrestlers in both genders ranging from the lightweight to super heavyweight categories, the team is hopeful of clinching various golds and the coveted title of overall champions.

The Asian Championships will be held on June 18 and 19 at Paradigm Mall, Petaling Jaya.

“Although there are challenges from India, Singapore and South Korea, we are positive that we can dominate the lightweight and heavyweight categories.

“Our national champions of Safuan Asif, Joffey Jolly and Calveen Petrus will lead the challenges in these categories,” he said, adding that the contingent was the biggest ever sent for the championships.

Mohd Zil also said that it was a welcome relief to the armwrestler fraternity and fans to have competitions again after two years, especially in Malaysia.

“Ultimately, the goal is to have these competitions at the upcoming Sukma and SEA Games scheduled to be held in 2025 and 2027 respectively,” he said on Friday (June 17).

Malaysian team captain and coach Calveen Petrus said he was hoping for everyone to perform well at the championships.

“This is our homegrown and our performance can hopefully be boosted by support from both fans and onlookers alike.

“It is also encouraging to see so many lesser-known talents being able to seize the opportunity and make our country proud,” said Calveen who is also the favourite for being the individual overall champion.