JUST when the property market looked set to finally recover from a two-year debacle in the form of a pandemic, players within the sector are now faced with a new quandary – rising raw material prices.

As developers and contractors grapple with compressed margins due to rising construction costs, ultimately, what will this mean for the end-user?

“In 2022, we anticipate a 19% increase in construction cost. If developers pass on 100% of the cost increase to buyers, the selling price will rise by between 9% and 11%,” he says in a recent report.

In light of the current softening property market, Khoo believes that developers, particularly those with lower pricing power

JUST when the property market looked set to finally recover from a two-year debacle in the form of a pandemic, players within the sector are now faced with a new quandary – rising raw material prices.

As developers and contractors grapple with compressed margins due to rising construction costs, ultimately, what will this mean for the end-user?

“In 2022, we anticipate a 19% increase in construction cost. If developers pass on 100% of the cost increase to buyers, the selling price will rise by between 9% and 11%,” he says in a recent report.

In light of the current softening property market, Khoo believes that developers, particularly those with lower pricing power, will absorb some of the cost increase and pass on only a portion of it to buyers to partly mitigate the margin compression.

“Cost of steel, copper and aluminium started going up in the first half of 2021. This year, it has gotten more significant,” she tells StarBizWeek. Khong: Developers are facing a tough time juggling between sales and pricing against actual increase in construction costs and profits.

“The impact will be more pronounced in 2022. In fact, developers were already feeling margin pressures on their earnings since the first quarter of this year.”

“In the recent first-half 2022 survey on developers, raw material prices went up substantially,” he says.

According to Rehda’s survey, building materials have risen for all materials used in a typical construction and property project – aluminium rose 55%, timber 52%, steel 38%, cement 19%, sand 18% and concrete 16%.

Loong says developers’ margins could be affected by between 3% and 5% this year due to rising raw material costs.

“Some developers have said that they expect the impact to be minimal but I believe it will be progressive.

“This is because some developers have older projects that are ongoing. If new projects come on stream, the margin erosion could be higher, as much as between 10% and 20%.”

Loong says it will be difficult to determine how long it will be before the high raw material prices will start to ease.

“It will depend on the duration of the Russia-Ukraine war and the severity of the lockdowns in China,” she says.

Regional factory activity slowed in May as China’s stringent Covid-19 curbs continued to disrupt supply chains and dampened demand, adding further pressures to some of the Asian economies that are already being strained from surging raw material costs.

Looking ahead, Tong says it is still too soon to determine how much of an impact the rise in raw material costs will have on developers’ margins. 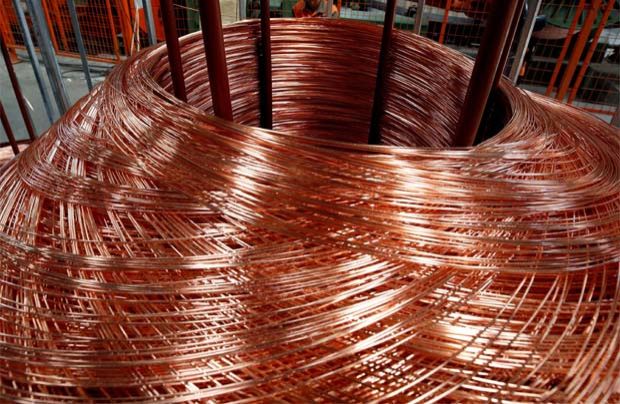 “Construction can take between 24 months and 36 months. We don’t know what will happen in the next couple of years.”

Tong adds that factors such as inflation and rising raw material costs are not within a developer’s control.

“What’s within our control is from the moment we acquire the land to the point we launch our products.”

In terms of pricing of units, in light of higher costs, Tong says developers will need to find “a right balance”. 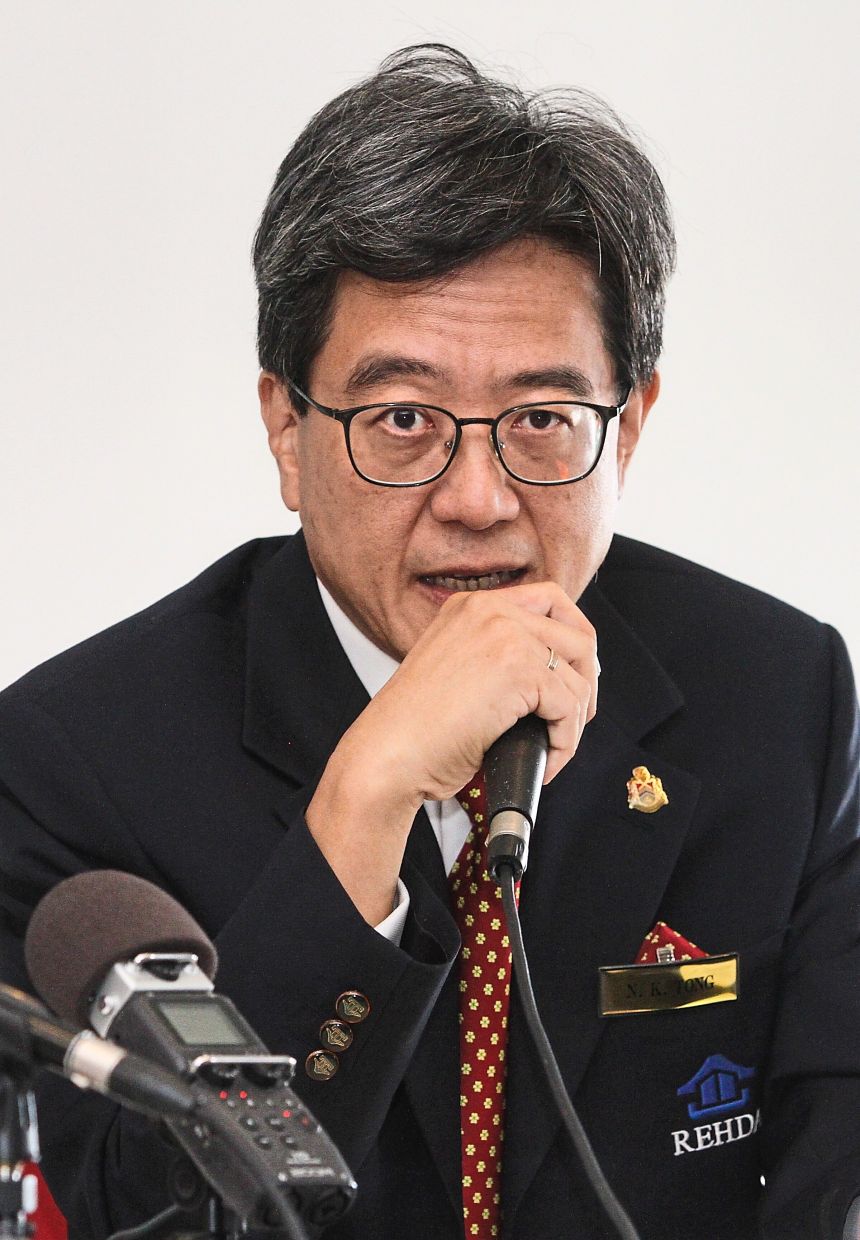 Tong: It is still too soon to determine how much of an impact the rise in raw material costs will have on developers’ margins.

“Developers will need to price it at a level where they can move forward with the project and at the same time, still stay affordable for the consumer.”

Loong says developers won’t be able to “pass on everything” to the consumer.

“We have inflation, which is already affecting the spending power of Malaysians. So, developers will have to absorb some of the costs.”

According to the Statistics Department, Malaysia’s inflation, as measured by the consumer price index, increased 2.3% in April 2022 from a year earlier, led by higher food prices.

founder and group managing director Tan Sri Leong Hoy Kum says the group has its own internal strategies to deal with the rising cost of doing business.

“While construction costs may increase due to rise in prices of building materials, wages and financing, we have a few solutions in place to mitigate the impact.

“We have embarked on e-model initiatives to optimise construction costs, including construction-friendly designs, bulk purchasing of materials, better work scheduling and optimisation of preliminaries.”

“We are building single-storey landed terraced houses that use fewer raw materials such as steel bars, as compared to high-rise structures.

“The increase in cost due to raw material price escalation is a few thousand ringgit per home. We are able to adjust the prices of our future launches to cushion this impact and preserve our profit margins.”

As the company’s properties are priced between RM150,000 and RM250,000, Doh says the slightly higher selling prices will not impact the affordability of its target market, namely, the B40 group.

“Hence, demand will not be affected,” he says. 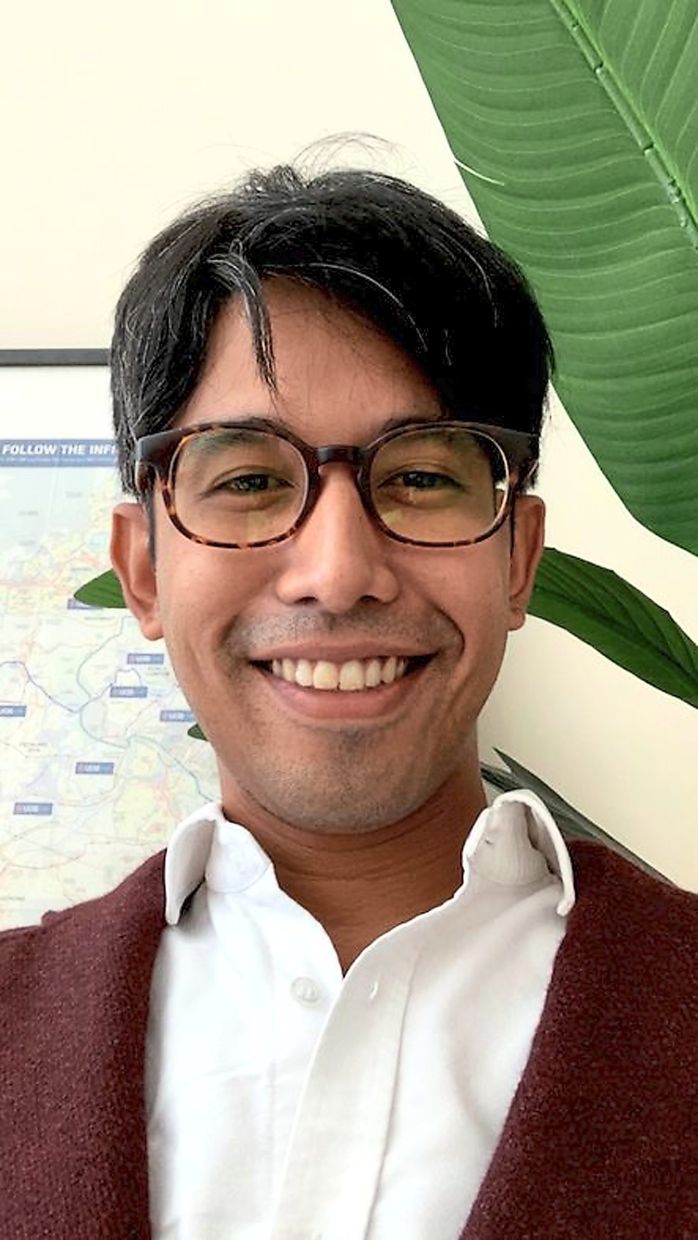 Ruben: To keep costs down, developers may want to renegotiate their terms with the contractors and consultants.

“Developers are facing a tough time juggling between sales and pricing against actual increase in construction costs and their profits.”

Khong says although many of the construction contracts have already been signed, he points out that contractors are now struggling to meet their obligations in light of current market conditions.

“Hopefully in the contracts, they have provided for a cost escalation clause or have enough buffers to cover the unexpected increases, especially with the current Russia-Ukraine War causing major price increases, from fuel to all other raw materials.”

Ruben Kelvin of design and building firm Greenhill & Mason Sdn Bhd says how developers and contractors tackle the rise in building costs will depend on a case-to-case basis.

“Some contractors, if they can’t handle the cost, might pull out of the job. Some may cut their margins, while in other cases, it’s the developer that will bear the brunt of the price hikes.”

For current, ongoing projects that have been affected by rising costs, Ruben says many contractors will be looking to negotiate a compromise with developers.

“For now, the prices of the properties will be the same for the customers, as the sale and purchase agreements have already been signed and the projects being developed would have been marketed at those prices.”

Ruben however adds that future projects could see a hike in unit prices.

“Newly launched developments will likely see an increase in price per sq ft. To keep costs down, developers may want to renegotiate their terms with the contractors and consultants.”

Khong says many developers will eventually need to “put their hands in their pockets” to help the contractors deal with the rise in building costs.

“If not, we may end up seeing contractors defaulting as they are unable to cover the major cost increases.”

He notes that some property developers have implemented measures to deal with the rising costs.

has initiated a partnership programme with several vendors to form a synergistic collaboration, to manage the price fluctuations risks and to jointly explore cost-saving business opportunities.

has implemented a variation order proposal in contracts to ensure there are no disruptions to their operations due to the rising material costs.”

For newer projects, Khong says contractors will have to price-in the mounting construction costs, which would mean buyers will have to pay more for new products, moving forward.

“Nothing is going to be cheap anymore until this situation stabilises,” he says.

Khong says that while there has been a genuine cost push in the market over the last few years, he emphasises that 2021 and 2022 has been a challenging period for the property sector.

“The market has been slow and subdued in the last two years due to the pandemic and selling prices have also been discounted due to the current recessionary market conditions.

“The war has basically added more fuel to the fire and property prices have remained relatively flat. Sentiments on the ground have improved with the reopening of the international borders in April but we are still not out of the woods yet.”

Given the number of overhang properties in the last 24 months, Khong says the government has implemented several measures to ease the situation.

“With the current cost push, moving forward, developers will just have to start selling at higher prices even though the market is not strong; and also at lower compromised profit margins just to move their products.”

This, says Khong, will mean that existing overhang stock at current discounts will look relatively cheap with both raw materials and land prices still heading upwards.

“Some of these may already be trading below replacement costs,” he says.

According to the National Property Information Centre, there were 36,836 overhang units worth RM22.79bil last year, which was an increase of 24.7% and 20.5% in volume and value, respectively, compared with 2020.