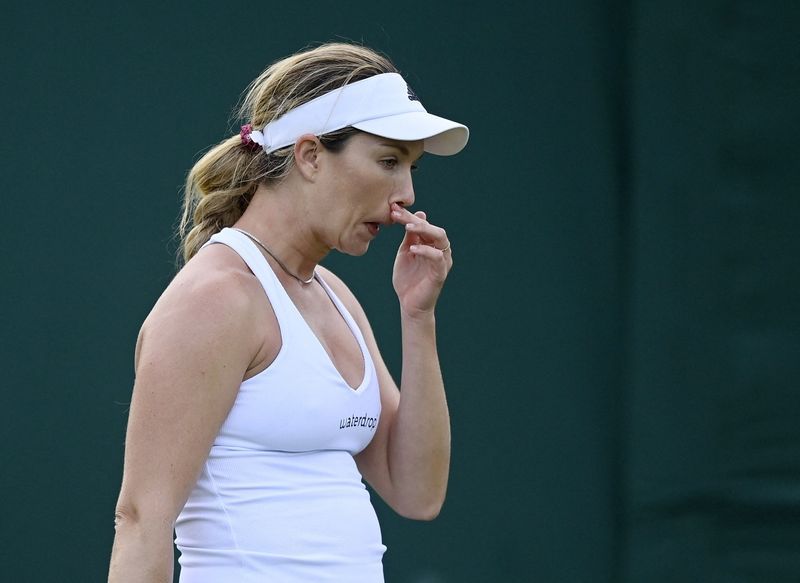 LONDON (Reuters) - American Danielle Collins was the highest women's seed to fall on day one at Wimbledon as she went down 5-7 6-4 6-4 to Marie Bouzkova on Monday.

Australian Open runner-up Collins, seeded seven, looked on course for the second round after taking a tight opener but came unstuck against the 66th-ranked Czech player.

Bouzkova faces another American next in the form of Ann Li.

Another seed to fall in the women's draw was number 22 Martina Trevisan, a French Open semi-finalist this month, who was thrashed 6-2 6-0 by fellow Italian Elisabetta Cocciaretto.