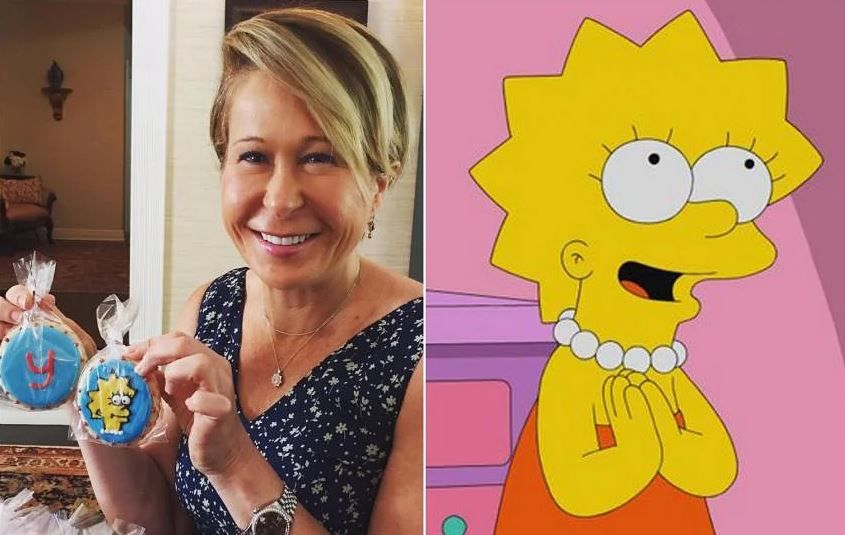 American actress Yeardley Smith, the voice behind cartoon character Lisa Simpson, has revealed a decades-long struggle with bulimia that began when she was a teenager.

The 57-year-old Smith, who has been a voice actor on The Simpsons animated television show since it debuted in 1989, opened up about her experience during an interview on American podcast Allison Interviews.

While she did not go into specifics of her disorder, she did label it as bulimia, which is characterised by binge eating, followed by purging.

The impending milestone of her 40th birthday was what jolted Smith into getting help. “I remember thinking, ‘I can’t turn 40 and still be binging and puking my brains out, I can’t’… So I sort of pulled up my socks and said, ‘Alright, I need some actual help’.”

She checked herself into outpatient treatment at a facility in the University of California, Los Angeles, participating in group therapy.

The actress, who has also made live-action appearances on television shows such as The Mindy Project (2012-2017) and Fresh Off The Boat (2015-2020), talked about how eating disorders are “isolating” experiences.

“You practise your disorder in private. It’s very ritualistic. It’s very secret, it’s not social like drinking,” she said.

She explained that bulimia provided a false sense of control over her body image struggles: “The fear is rooted in a deep shame of who you are, how much you have not lived up to your expectations or other people’s.

“That your body isn’t the shape and size that it should be that you see in the magazines, that I see in my industry. It is really a punishment.”

It took two to three years of therapy for her to develop a healthier relationship with eating.

“Now I feel like food is actually good,” she said. – The Straits Times/Asia News Network