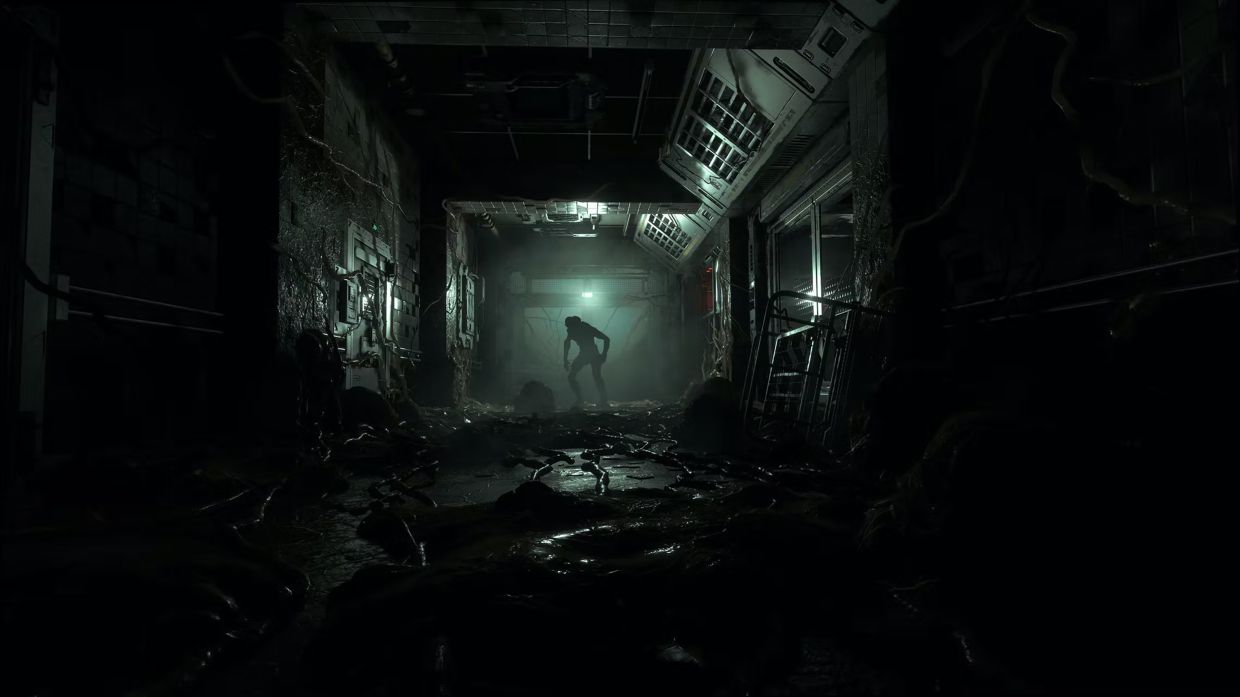 After spending about a decade working in the Call of Duty franchise as one of the co-founders of Sledgehammer Games, Schofield started Striking Distance Studios with the intention to return to the sci-fi horror genre. It's a space Schofield, one of the primary architects of the Dead Space franchise, knows well. This holiday season, on Dec 2, Striking Distance is slated to release its first game, The Callisto Protocol, via PUBG Studios.

An extended trailer of the game was shown earlier this month as part of the Summer Game Fest, a multiday, largely online celebration of video game teasers a

‘You can always come up with new ways to scare people’: The ‘visceral’ horror of ‘Callisto Protocol’

After spending about a decade working in the Call of Duty franchise as one of the co-founders of Sledgehammer Games, Schofield started Striking Distance Studios with the intention to return to the sci-fi horror genre. It’s a space Schofield, one of the primary architects of the Dead Space franchise, knows well. This holiday season, on Dec 2, Striking Distance is slated to release its first game, The Callisto Protocol, via PUBG Studios.

An extended trailer of the game was shown earlier this month as part of the Summer Game Fest, a multiday, largely online celebration of video game teasers and trailers. Dead Space, known for its high-tension moments that contrast with jump-scare-driven terror, is a clear influence, although the brief look at The Callisto Protocol, named for a Jupiter moon, shows a doubling-down on the action-heavy aspects of the game. Set on a moon-based prison colony 300 years in the future, where inmates mutate into violently disgusting human-monster hybrids, one should also expect plenty of cringe-inducing player-death scenes.

The Callisto Protocol will release for PC, Xbox and PlayStation consoles. Schofield, as part of the Summer Game Fest, took a moment to talk about the game’s development to the media. While much remains under wraps, Schofield discussed his love for the genre, and offered insights into his creative process.

Q: Since you’ve worked in this space before, what attracts you to the sci-fi horror genre? What specifically is it about this type of game that speaks to you?

A: I’m an artist, first and foremost. That’s what I’m trained in. I love sci-fi. I’ve always loved the imagination of sci-fi. I can paint whatever I wanted, and I did, and it’s OK. I tried to always be realistic in my paintings. So I love the imagination of sci-fi, and I love the emotion of horror. It just puts out feelings of weird — I’m scared, I’m tense, I’m this and that. It’s very emotional. So bringing those two things together is very cool.

Q: Describe the horror tone of this game.

A: Well, it’s the jump scare, right? It’s the tension. It’s very visceral. You can feel it. It makes people walk instead of run. What’s around the door? And when I die, it should be pretty horrific. I feel that’s very Western. It’s maybe even more American than European. There’s a lot of that kind of horror in our movies, so I’m kind of used to it. And I think the body horror stuff is one aspect of it, but it’s scary because you don’t want that to happen to you. So most of this is all physical.

Q: You made this game almost entirely during the pandemic. What was that like?

A: We came in and we hired 50-60 people. We’re doing our concept art. We had our architects and our designers. We were ahead of where I was with Sledgehammer. We move into our space and nine days later it’s the pandemic. We put in a whole motion-capture studio. How the heck am I going to do this? I’ve been making video games for 30 years but now it’s turned on its head. I had to relearn and quickly. That greatly sucked. There’s things I’m learning about running a studio. My last studio had a partner. on the business stuff. I was the creative guy and was able to do my thing and focus on the game. With this, I’ve got a really good C-team, but stuff bubbles up. There’s been a lot of business and I’m trying to be the game director.

You have to delegate. But there are a lot of decisions you have to make. Some big, some small, some are just controversial so I have to make it. I do have an MBA, so I know business, but I’m better at the creative. I like starting studios. I like going out and selling ideas. All that. But there’s a lot of running it where it’s like, “OK, leave that to the finance folks.”

Q: Dead Space was a defining game for this genre.

A: In retrospect, I think we came out at a good time. We came up with Zero-G. That wasn’t in a game before. We came up with no-HUD (heads-up display). That hadn’t really been a game. There’s a little bit of a luck in the timing. It’s not luck in coming up with the ideas, but we came at a time when there weren’t as many ideas in this space. We’re doing this one, and we have to dig so deep for new ideas. There’s more nuance.

It’s more difficult. It’s more of a challenge. There are times when I’m like, “I don’t like this challenge.” It was harder finding stuff, no doubt. But I just really wanted to scare people. You can always come up with new ways to scare people. You got to think about it, but that’s fun for me, and you can always tell a new story. I wanted to tell a different story. I spent 10 years on “Call of Duty,” and we always tried to tell a great story, whether we did or not. We spent a lot of time on story. I wanted that for this game. More acting. More nuance. You’ve got to polish the story. The story is pretty intricate.

Q: What would you say are some of the defining themes for The Callisto Protocol?

A: People change. I want to leave it at that. That’s kind of the thing. People do bad things to other people. Some people can be pretty cruel.

Q: How long has this idea been kicking around in your head?

A: Four years. I came up with the idea in 2018. I started in 2019 going around to big publishers and saying, “I want to start a studio.” I met these guys (PUBG Studios) pretty quick. I went in maybe the second month of going around. One of my friends called me and said, “Someone called and said they’re looking for the Call of Duty guy?” I was like, “Is that me?” So I talked to them a few times and really liked what they had to say. They liked the idea of the story.

They told me later, which was a nice compliment, they said they were meeting with a lot of people at the time, but I came in and all I did was talk about the game. “Everyone else came in and said, ‘Here’s how much money we’ll make.’ You wanted to make a game.” I thought that was cool. That is me. We should talk about the game and figure out the other stuff later.

Q: How do you like being referred to as the Call of Duty guy?

A: Back then it was OK. These days, with Dead Space out there and this game out there now, there’s a lot more of people referencing me back to Dead Space, which I’m very proud of. Look, I’m proud of Call of Duty, and I had a good time. Dead Space is just more fulfilling. It was a little game, man. We had no idea it would become this thing.

Q: Have you revisited it?

A: Only in spots here and there. I have gone back and played a couple things here and there. Sometimes you look it and go, “That looks like crap.” Sometimes you go, “That was a damn good idea.” That doesn’t mean it’s my idea. I find I get a lot of pleasure when someone else comes up with an idea. “Great idea! Let’s get it in the game.” That’s a talent in and of itself.

Q: When you think about it today, what stands out as why that game resonated?

A: I think it was the innovation. Then we had a couple rules, and I won’t remember them all. One was, the main character is not going to talk. There were times in development when we were like, “He’s got to talk.” Nope. He does not talk. We stuck with our rules. We were scared, but it turned out to be the right thing. And all over there was that kind of innovation.

Q: And there’s a lot of atmosphere, especially in terms of the story and backdrop.

A: I’m very proud of how we came up with the religion. I’m proud of that. It played a real important part in the game.

How do you come up with a religion? I’m reading a thing in National Geographic on Chicxulub, the giant crater in the Gulf of Mexico that (is believed to have) killed the dinosaurs. They were talking about getting the meteor out of there. So I was like, “What if it wasn’t a meteor? What if somebody did it on purpose?”

The meteor came in and killed the dinosaurs and brought in the Ice Age and started mammals and then came man. That meteor started man. That’s when I had it. There was an alien race that started man. Then all of a sudden in the Dead Space world you have people who believed it was done on purpose and they looked up to the obelisk that they found. Other people were like, “You’re crazy. It’s just a marker.” But these people had faith and it became the religion. It just hit me and I’m like, “That’s a good idea!” Some don’t come around that way.

Q: With Callisto, would you say this is a game where you had the story first or the world and the environment first?

A: I had the idea of a prison. I had the idea that there was going to be something bad happen. So then I was like, “Why would it happen in a prison?” So I had to dig deeper. Then I had to find a moon that could possibly have a trigger — Callisto, which could have water on it. It’s been said man may colonise it someday. It wasn’t like, “Oh, the big story!” We do environments and then we go bigger and deeper. We kind of knew the beginning and the ending, but there was a lot of filling in. We’re still filling it in. Little pieces. We’re doing new voice-overs. Little pieces.

Q: What attracted you to the prison setting?

A: What’s more scary than prison? That’s pretty damn scary. People don’t know much about it. It’s a lot of closed doors. It’s sealed places. It’s just scary to begin with. Then you put it on a moon like Callisto. You can’t escape from the scariest place in the world. The universe is scary. – Los Angeles Times/Tribune News Service